The store will not work correctly in the case when cookies are disabled.

We use cookies to make your experience better. To comply with the e-Privacy directive, we need to ask for your consent to set the cookies. Learn more.

Popularity of floor insulation on the rise as fuel prices soar, says Actis 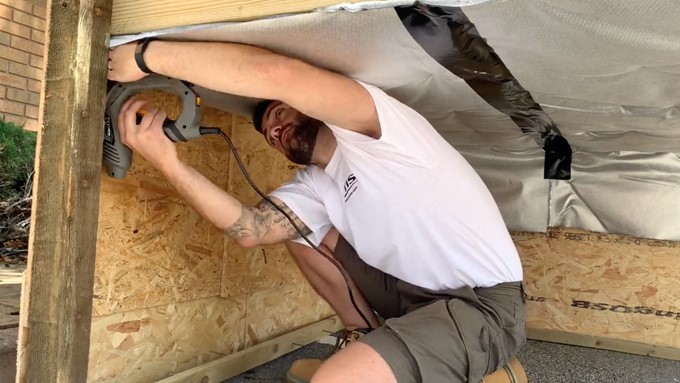 The fact that floor insulation alone can offer savings of around £110 a year for gas users and £400 a year for those whose homes are heated by electricity is a key factor driving the rise in interest. This is on top of savings created by insulating the rest of the house,

With more than 25% of the UK's traditional housing stock more than a century old, and the bulk of that thermally inadequate, insulating leaky buildings will make a big dent in the nation's overall energy use.

He explains that the company's insulating breather membrane Boost R Hybrid - best known for its success in improving the U-values of walls and roofs in both new-build and retrofit scenarios - is also extremely effective in suspended timber floors.

An uninsulated floor of this nature is relatively thermally efficient compared with its wall or roof equivalent, whose exposure to the elements increases the chill factor. The U-value of such a floor is around 0.7W/m2K compared with 1.5/m2K or even 2.0/m2K in a wall or roof, thanks to the insulating properties of both the soil below and the air gap between the ground and the floorboards.

That U-value can be improved by around 75%, to perhaps 0.25/m2K, with the addition of a layer of flexible Boost R Hybrid, which reduces thermal bridging by providing a continuous ‘blanket.'  It has the added benefit of making the floor airtight.

Guideline costs, based on a gas price cap of 7.37p kWh, show while the heat loss through an uninsulated floor would consume around £140 per year, its insulated counterpart would use approximately £50, saving around £110 a year if work were carried out.

Savings if the house were heated by electricity would climb to around £400 a year.  Payback on material and labour costs would be around six years for a gas user and less than two years for a home heated electrically.

Thomas recommends looking at the thermal efficiency of the house in its entirety, rather than focusing merely on the floor, as recommended under retrofitting standard PAS 2035:2019.

"The standard champions a matrix approach in which each individual measure is examined in the context of the whole house. This is because one action might have unintended consequences elsewhere in the property - such as the appearance of moisture or condensation," he said.

"Where the ceiling joists meet the walls, in some scenarios, can create a weak thermal bridge. This might lead to moisture build-up and mould growth so it may, counterintuitively, be better to use less rather than more insulation. Thermal coherence is key.

"PAS 2035 acknowledges that retrofit projects often go wrong because of poor attention to the corners, junctions and edges of building elements (where insulation and air barriers should be continuous) and the interfaces between the building fabric, the building services and the occupants.

"The matrix approach will also highlight, for example, if a revised ventilation strategy needs to be in place when an airtight envelope is created, to avoid problems with condensation and mould."

“A retrofit co-ordinator - an essential requirement for all government-supported refurbishment projects including those under the Energy Company Obligation ECO - can help here. These specialist project managers can also be appointed for homes being retrofitted on a voluntary basis. For technical information and advice contact: [email protected].

Blog kindly provided by Actis Insulation. Calculations are based on the August 2022 price cap of 7.37p p/kwh.